This carbon fiber, aluminum-framed bicycle with a diamond-shaped frame weighs only eight kilograms. The new Rizoma bicycle is equipped with a special hub, in the R77 version with a fixed ratio, while in the RS77 version with a variable ratio (8 Shimano ratios integrated into the hub, compact and maintenance-free). The revolution is represented by high-level materials and forms and a new concept of urban mobility, which describes the bicycle as a new alternative to luxury bicycle manufacturers. The Metropolitan Bike R77 and RS77 is available for purchase with various finishes, dedicated to those who love style and technology, a unique product, ideal for moving in style in urban environments. Technically advanced and long-lasting, the most interesting feature of Rizoma's most recent addition is its multi-functionality. Rizoma's interpretation of the "Made in Italy" style and philosophy are clearly visible in the simplicity of the design and in the plug and play functionality, all in one frame dimension thanks to the seat, removing complication of the choice of the most suitable model . The metropolitan bicycle is the fusion of a cutting edge concept with an exclusive design. The elegant carbon fiber structure and the simplicity of the belt drive contribute to a decidedly modern look.

PROTECT YOUR CARTER WITH 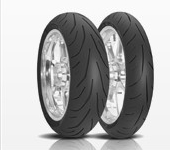